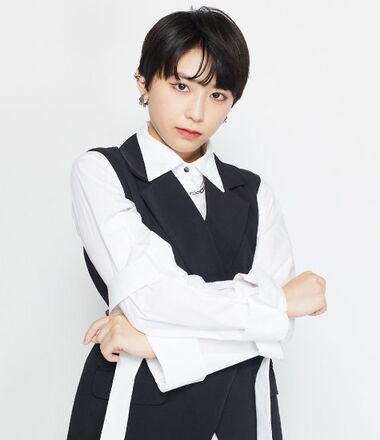 Hashisako Rin (橋迫鈴) is a Japanese pop singer and idol managed by Up-Front Promotion and part of Hello! Project. She is the eighth generation member of ANGERME.

Hashisako Rin was revealed to have joined the Hello Pro Kenshuusei through an announcement on the official Hello! Project wesite on August 17, 2016, alongside Kawamura Ayano, Yokoyama Reina, Yoshida Marie, Nishida Shiori, and Yamazaki Yuhane. She was officially introduced at her first live appearance the following month at the "Hello! Project Kenshuusei Happyoukai 2016 9gatsu ~SINGING!~" event on September 4th. On May 5, 2017 Rin won the Judges award for best character at the "Hello! Project Kenshuusei Happyoukai 2017 ~Haru no Koukai Jitsuryoku Shindan Test~" event, for her performance of °C-ute's "Massara Blue Jeans".

A teased announcement during episode #296 of the Hello! Project webshow "Hello! Station", uploaded July 3, 2019, revealed Hashisako to be the new eighth generation member of ANGERME, with her first performances with the group to take place during the "Hello! Project 2019 SUMMER" concert tour beginning July 13th.