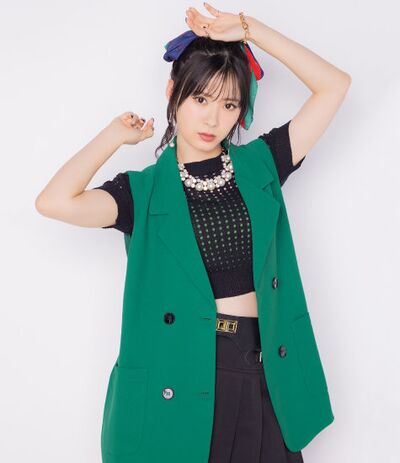 Ikuta Erina (生田衣梨奈) is a Japanese pop singer and idol managed by Up-Front Promotion and part of Hello! Project. She is a ninth generation member and current sub-leader of Morning Musume.

Became known during the audition as the "AKB-wota". Ikuta Erina was selected from Morning Musume's 9th Generation audition to join the group on January 02, 2011, along with Sayashi Riho, Suzuki Kanon, and former Hello Pro Egg Fukumura Mizuki.

In August of 2011, Ikuta was chosen to replace Ogawa Saki, formerly of S/mileage, on children's program Oha Star. She made her debut on August 27.