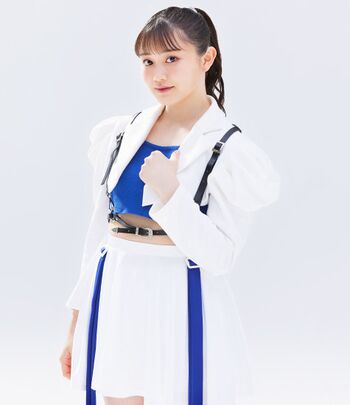 Onoda Saori (小野田紗栞) is a Japanese pop singer and idol managed by Up-Front Promotion and part of Hello! Project. She is a member of Tsubaki Factory.

Three years later on August 13, 2016 she was revealed to be one of three new members of Tsubaki Factory, through a surprise announcement given at a fan club event for the group.