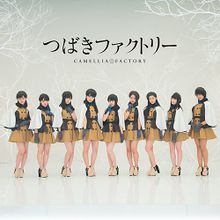 "Teion Yakedo" is a song recorded by Tsubaki Factory. It was released digitally in advance of their third major single and appears as track #1. It was used as the theme song for the TV Asahi program music-ru TV.