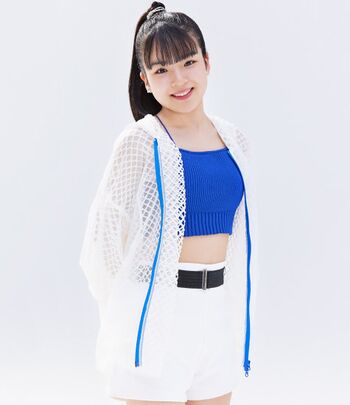 Yofu Runo (豫風瑠乃) is a Japanese pop singer and idol managed by Up-Front Promotion and part of Hello! Project. She is a member of Tsubaki Factory

On July 7, 2021 she was revealed to be one of four new members of Tsubaki Factory in a surprise reveal during episode #383 of Hello! Project Station. She would join the group alongside Kasai Yuumi, Yagi Shiori, and Fukuda Marine; three winners from the joint Hello! Project "Juice=Juice" "Tsubaki Factory" Goudou Shin Member Audition. Their activities with the group began at the Hello! Project 2021 Summer Sapphire & Ruby concerts starting July 17.