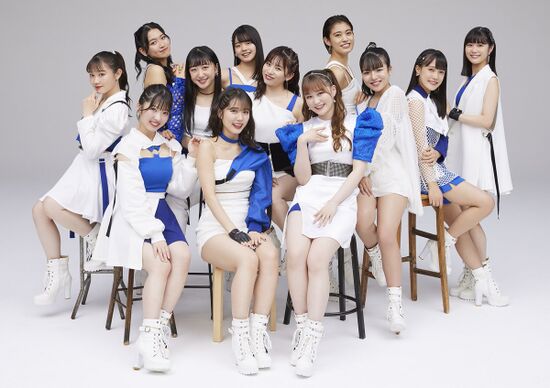 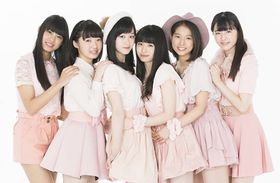 Tsubaki Factory was unveiled on April 28, 2015 through various news articles, and later a special page on the official Hello! Project website. It was revealed that former Berryz Kobo member and Captain, Shimizu Saki, helped in the choosing of both the members and the name of the group while acting in her new role as Hello! Project Advisor. The lineup was announced consisting of only Hello! Pro Kenshuusei trainees, including Ogata Risa, Yamagishi Riko, Niinuma Kisora, Tanimoto Ami, Kishimoto Yumeno, and Asakura Kiki.

The name Tsubaki Factory holds several meanings, most of which surround a type of Camellia tree blossom. "Tsubaki" originates from three kanji used in the past; Tsu (強; strong), Ba (葉; leaves), Ki (木; tree), while in floriography the blossom also holds the meanings of pride, gentleness, and charm. Historically it was believed that the Tsubaki was a holy plant, as it seemed the leaves continued to grow greener during the winter while most other plants withered away for the season. "Factory", similar to fellow Hello! Project group Kobushi Factory, represents the carrying on of the spirit of senior group Berryz Kobo after entering their indefinite hiatus. Following these various meanings the hope is for them to grow into a group that emobides nobility and elegance, and stays fresh and strong like evergreen plants. 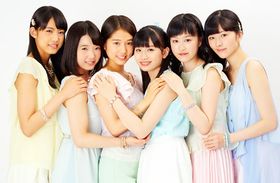 The leader and sub-leader of the group, Yamagishi Riko and Ogata Risa respectively, were announced on August 8, 2015 at the "Hello! Project 2015 SUMMER ~CHALLENGER~" concert. Their first indie single was revealed at the same time, to be sold at the "Hello! Pro Kenshuusei Happyoukai 2015 ~September no Nama Tamago Show!~" concert on September 6th. During a fan club event on August 13, 2016 a surprise announcement revealed the addition of three new members taken from the Hello Pro Kenshuusei, Ono Mizuho, Onoda Saori, and Akiyama Mao. The group's major debut was announced the next month on September 4, 2016 at the "Kenshuusei Happyokai 2016 ~SINGING!~" recital, to take place sometime in January 2017.

At another fan club event on October 21, 2016 it was announced that the group's major debut single would be a triple a-side released on February 22, 2017, referred to as Tsubaki no Tsu Tsu Tsu Day using a play on the number 2 and their name. The group revealed the first song from the single at their next fan club event. The name of the leading a-side song was confirmed on January 2nd to be "Hatsukoi Sunrise", the full single being a triple a-side.

It was announced on September 21, 2018 that Tsubaki Factory would perform the Japanese versions of the opening and ending themes for the animated series "Trolls: Sing Dance Hug! (トロールズ：シング・ダンス・ハグ!), to air on TV Tokyo beginning October 3rd. The songs were titled "Hair up Sora e!" (Hair up 空へ!) and "Mou Saikou!" (もうサイコー!), covers of the original English songs Hair in the air and Best Day Ever. The project would feature a music video for "Mou Saikou!" with choreography by MAIKO.

On October 8, 2020 an announcement was made regarding the indefinite suspension of sub-leader Ogata Risa for a violation of rules. The announcement included statements from both Representative Director Nishiguchi Takeshi and Ogata, explaining that she requested the suspension herself after taking responsibility for leaked posts from a private social media account used as a diary to vent, some containing admittedly untrue and emotionally charged assertions about other members of the group. In her personal statement she acknowledged writing the posts and apologized for her immature behavior, also requesting that fans continue to support Tsubaki Factory while she used her time away to look closely at herself.

Ogata Risa's departure from the group and Hello! Project was announced on December 28, 2020; she would continue to pursue entertainment activities through parent company Up-Front. Ogata expressed a desire to return to performing while acknowledging that she felt she could not return to the group after causing trouble, said she would start over and work hard, and thanked fans for watching over her and continuing to support Tsubaki Factory.

A special joint audition to find new members for Juice=Juice and Tsubaki Factory was announced on January 20, 2021, through episode #359 of the "Hello! Station" webshow. The audition would accept applications from January 22 through March 1, from girls living in Japan between 6th grade elementary and the 2nd year of high school. This was the first audition held for Tsubaki Factory, and the first time the group added members since debuting in 2015.

On July 7, 2021 in episode #383 of Hello! Project Station three winners from the joint Juice=Juice and Tsubaki Factory audition were revealed to be new members of Tsubaki Factory; Kasai Yuumi, Yagi Shiori, and Fukuda Marine. One additional member from Hello Pro Kenshuusei, Yofu Runo, was announced alongside them. They began activities with the group at the Hello! Project 2021 Summer Sapphire & Ruby concerts starting July 17.

Niinuma Kisora was announced to be the new sub-leader of the group on December 31, 2021 during the Hello! Project Year-End Party 2021 ~GOOD BYE & HELLO! Tsubaki Factory Premium. 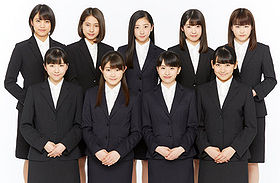 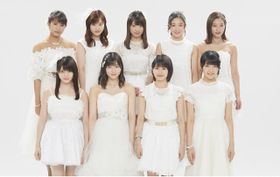 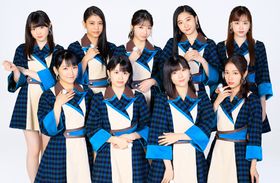