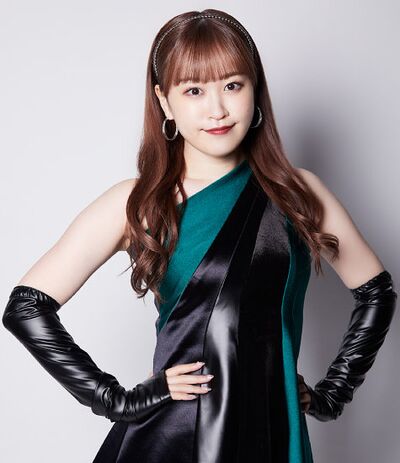 Niinuma Kisora (新沼希空) is a Japanese pop singer and idol managed by Up-Front Promotion and part of Hello! Project. She is a member and sub-leader of Tsubaki Factory.

Niinuma Kisora was revealed to be a finalist in the "Morning Musume 12th Generation Mirai Shoujo" audition in 2013, but failed to pass along with the others when it was announced the audition resulted in no winners. She was later introduced as a member of Hello! Pro Kenshuusei through an official introduction video on September 22, 2013.

On April 29, 2015 she was revealed to be one of six members in a new group, named Tsubaki Factory. The unit consisted entirely of Hello! Pro Kenshuusei, including Ogata Risa, Yamagishi Riko, Tanimoto Ami, Kishimoto Yumeno, and Asakura Kiki.

Niinuma was announced to be the new sub-leader of Tsubaki Factory on December 31, 2021 during the Hello! Project Year-End Party 2021 ~GOOD BYE & HELLO! Tsubaki Factory Premium.