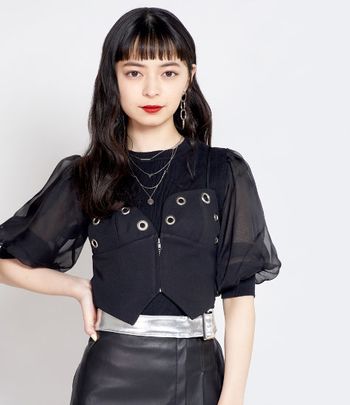 Kamikokuryo Moe (上國料萌衣) is a Japanese pop singer and idol managed by Up-Front Promotion and part of Hello! Project. She is a fourth generation member of ANGERME.

Kamikokuryo Moe was introduced as the only fourth generation member of ANGERME on November 11, 2015 during a release event at Club Citta for the groups 20th single. Prior to joining she participated in the Morning Musume 12th Generation Audition, but failed to pass.

On December 18, 2017 Moe revealed her intention to forego attending University after graduating from High School through a blog post. She explained her reasoning to fans, stating that there were no subjects she was seriously interested in and she could continue to study at any age but in the moment she wanted to cherish her time with ANGERME. She further explained that if in the future she found a topic she became interested in, she would take an entrance exam.

Kamikokuryo was chosen to become a regular model for the fashion magazine "bis" in November 2019.