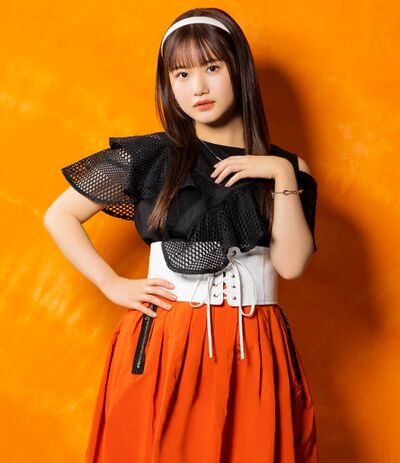 Yokoyama Reina (横山玲奈) is a Japanese pop singer and idol managed by Up-Front Promotion and part of Hello! Project. She is a thirteenth generation member of Morning Musume.

Yokoyama Reina first appeared as a member of Hello Pro Kenshuusei through an announcement on the official Hello! Project website on August 17, 2016. She later made her first public appearance at the "Hello! Project Kenshuusei Happyoukai 2016 9gatsu ~SINGING!~" event on September 4th. Prior to joining she was a participant in the first Morning Musume 13th Generation Shinseiki Audition that resulted in no winners.