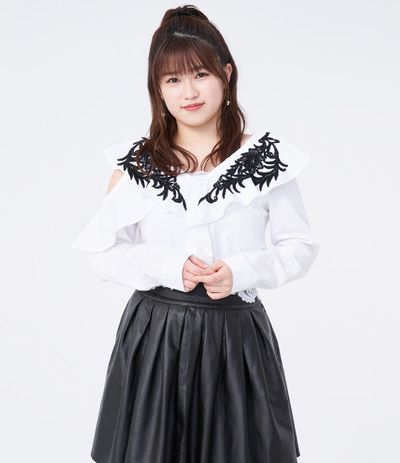 Hirose Ayaka (広瀬彩海) is a Japanese pop singer and idol. She was the leader and member of the Hello! Project group Kobushi Factory.

Hirose Ayaka was introduced as a member of the Nice Girl Project! Kenshuusei in September 2011 during the "Trainees Collection Vol.2" event. She later participated in the 2012 "Morning Musume 11th Generation Suppin Utahime" audition, but failed to pass. After the Nice Girl Project! Kenshuusei program was discontinued in November 2014, Ayaka and several other members were introduced as new Hello! Pro Kenshuusei at the "Hello! Pro Kenshuusei Happyoukai 2014~November-December no Nama Tamago Show!~".

The disbandment of Kobushi Factory and Hirose Ayaka's graduation from Hello! Project were suddenly announced on January 8, 2020 through the official website. The announcement stated that Hirose had been in talks about her graduation since early 2019, and after lengthy discussions with the rest of the members they came to the conclusion of disbanding as everyone decided to follow their own chosen path. The final single was released on March 4th, with the final live show taking place on March 30th at Tokyo Dome City Hall.

In her statement, Hirose explained that she was accepted to attend a music college beginning April 2020, and intended to continue pursuing music and a solo career. She also stated that she originally planned to retire from entertainment once she graduated from Hello! Project, but her activities and lessons with Kobushi Factory, and their a cappella performances, increased her confidence and made her realize she loved music and wanted to continue singing.