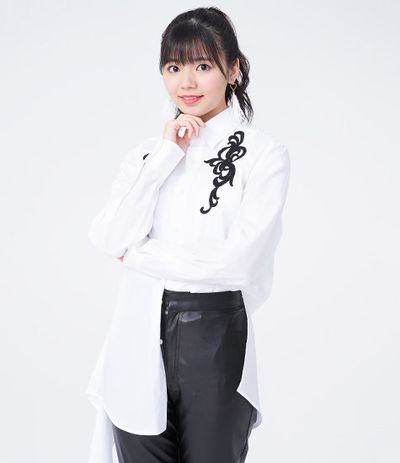 Hamaura Ayano (浜浦彩乃) is a Japanese actress under Warner Music Japan. She was previously in Hello! Project as a member member of Kobushi Factory.

The disbandment of Kobushi Factory and Hamaura Ayano's graduation from Hello! Project were suddenly announced on January 8, 2020 through the official website. The announcement stated that leader Hirose had been in talks about her graduation since early 2019, and after lengthy discussions with the rest of the members they together came to the conclusion of disbanding as everyone decided to follow their own chosen path. The final single was to be released on March 4th, with the final live show taking place on March 30th at Tokyo Dome City Hall.

In her statement Hamaura said she had never considered being an idol outside of Kobushi Factory, and wouldn't continue idol activities without those five members. She explained that through her work she became interested in other fields and will be aiming for modeling and acting, while also mentioning the possibility of utilizing singing and dancing in a small way in the future.

On January 4, 2021 Hamaura revealed through twitter that she had joined Warner Music as their first official actress, and she would aim to be active both domestically in Japan and overseas.