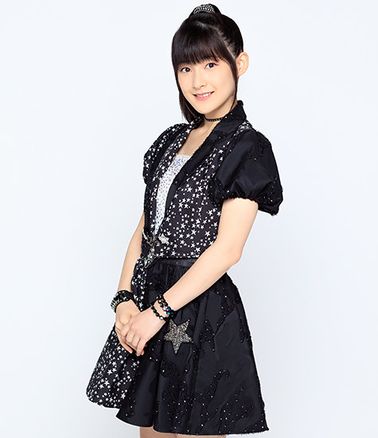 Tsugunaga Momoko (嗣永桃子) is a former Japanese pop singer and idol who was part of Hello! Project. She was a member of Berryz Kobo, Buono!, and playing manager of Country Girls. She retired from the entertainment business in June 2017 to pursue a career in childhood education.

Tsugunaga Momoko joined Hello! Project in 2002 as a member of Hello! Project Kids after passing the group's audition. In 2003, she was a member of the special unit ZYX. In 2004, she was one of eight members selected to form Berryz Kobo. She is one of the group's main singers. In 2007, Tsugunaga became part of the unit Buono!. She has graduated from University with teaching credentials.

After Berryz Kobo entered indefinite hiatus in 2015 Momoko became the Playing Manager of the revival group Country Girls, acting as a temporary member and mentor for a period of two to three years. She announced her graduation from the group and Hello! Project on November 5, 2016, set to take place the following year on June 30, 2017. She gave a statement saying she planned to leave the entertainment industry and pursue a career in early childhood education as a Kindergarten teacher, making use of the credentials she had previously earned through university.