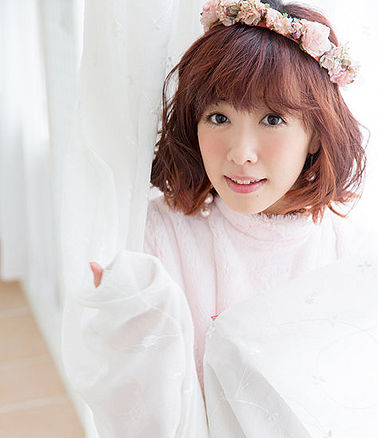 Shimizu Saki (清水佐紀) is a Japanese pop singer and talent managed by J.P ROOM and signed to Up-Front Group. She was formerly part of Hello! Project as the Captain of Berryz Kobo.

On February 25, 2015 Shimizu Saki announced that after the indefinite hiatus of Berryz Kobo took effect she would officially become a Hello! Project Advisor, which would include acting as a liason between the members of Hello! Project and management. Her first job in the role of Advisor was assiting in the selection of a name for the new group consisting of Kenshuusei members; the group later became Kobushi Factory.

On August 24, 2017 it was revealed through an official announcement and Saki's blog that she had joined the M-Line fan club and would make her return to performing through one of several events meant to celebrate Hello! Project's 20th anniversary. Though the contents of her performance were undecided at the time of the announcement, the event was titled "Shimizu Saki DanceLive ~I wish I could...~".

On March 4, 2021, it was announced Shimizu had married a non-celebrity man and would be retiring from the entertainment industry in November when she turns 30.