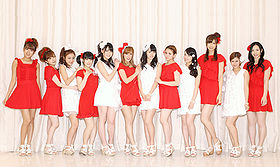 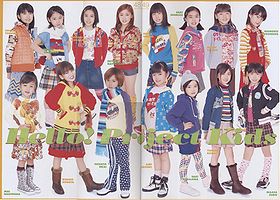 The Hello! Project Kids joined Hello! Project in 2002 and consisted of fifteen young girls chosen out of 27,958 applicants in the Hello! Project Kids Audition. The results for this audition were announced in the 2002.06.30 episode of Hello! Morning. They were called H!P Kids due to their young age at the time of their joining, although they have grown much older since then. Their first recording and PV shooting as a group was for Ganbacchae! in 2003.

Currently, all of the Hello! Project Kids are split up into two main groups, Berryz Koubou and °C-ute. H!P Kids are often featured in units along with other Hello! Project members.