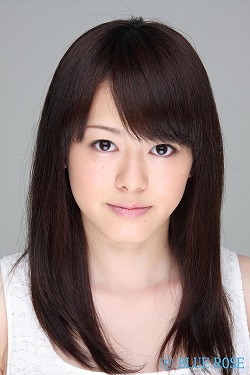 Kanna (栞菜) (born Arihara Kanna (有原栞菜)) is a talent signed to BLUE ROSE. She was formerly known as a Japanese pop singer and idol who was a member of Hello! Project.

In February 2009, Arihara went on medical leave due to bunions on the feet, and was subsequently absent from all activities within Hello! Project. Although initially on a temporary hiatus, it was announced several months later in July that she had left °C-ute and Hello! Project to return to a normal life.

Arihara made a return to the public eye in early 2010, when Umeda Erika revealed on her blog how they were still in touch with each other. In May, Arihara opened her official blog. In June, she became a talent signed to BLUE ROSE, her stage name simply becoming Kanna.