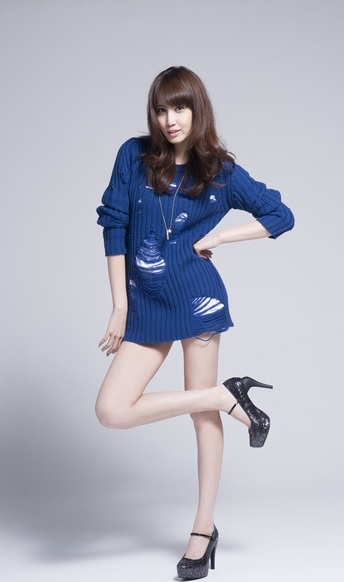 Umeda Erika (梅田えりか) is a singer, model, and talent signed to Our Songs Creative agency. She was formerly a Japanese pop idol who was a member of Hello! Project as a member of °C-ute.

Umeda Erika joined Hello! Project as one of fifteen members of Hello! Project Kids in 2002. In 2003, she was a member of special unit ZYX. It wasn't until 2005 that she and the five remaining Kids would form °C-ute. Although Umeda was the eldest, she did not feel that she had the responsibility of being leader, so the leader position was given to Yajima Maimi.

Within °C-ute, Umeda was not so prominently featured in songs, but in concerts, she would play as Tension Ageko, a character in skits where she would

In 2009, Umeda returned to ZYX, now named ZYX-α, when all the members of Hello! Project participated in several special units. In August of the same year, she announced her graduation from °C-ute and Hello! Project. Umeda graduated on October 25, 2009, to pursue her dreams of becoming a fashion model.

In March of 2010, Umeda signed to model agency ILLUME. Later in 2011 she moved to the modeling agency Peach, and is in some capacity under the agency Our Songs Creative as an actress and talent.

On October 25, 2013, the four year anniversary of her departure from °C-ute, Umeda announced that she would change career paths with the goal of starting over to become a solo singer. Her first solo album release was announced during a live event in December 2013.