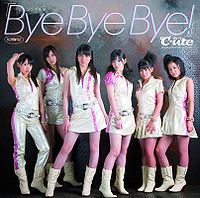 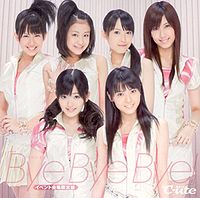 "Bye Bye Bye!" is the thirteenth single (eighth major label single) released by °C-ute. The single was released in both limited and regular editions. The limited came with a bonus DVD. The limited edition and the first press of the regular edition came with a serial number card which, when entered in a lottery, could win a ticket to one of the single's launch events. The single reached #4 on the Oricon chart and charted for four weeks, selling 27,918 copies. The Single V reached #9 on the Oricon charts and charted for two weeks, selling 4,226 copies. The Event V was sold only during launch events, and therefore did not chart on the Oricon charts. 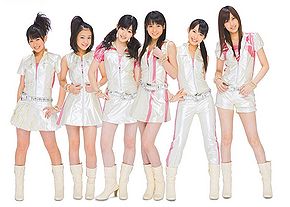 There are currently two versions of "Bye Bye Bye!" to be found in °C-ute and Hello! Project's discography. These versions are: