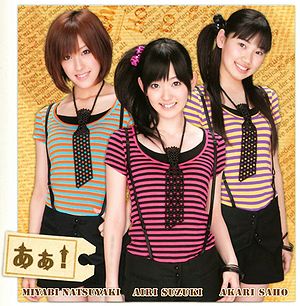 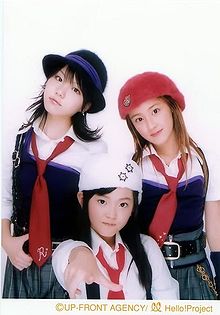 Aa! was formed in late 2003 with Tanaka Reina of Morning Musume and Natsuyaki Miyabi and Suzuki Airi of Hello! Project Kids. The group released only one single, "FIRST KISS". No more releases from the group gave it the status of being a special unit in Hello! Project. Interestingly enough, two of the members had appeared in future H!P activities together. In 2004, Tanaka and Suzuki sang "Suki ni Naccha Ikenai Hito" with Murakami Megumi, while in 2007, Natsuyaki and Suzuki joined Tsugunaga Momoko as Buono!.

In the summer of 2009, Hello! Project released a cover album that featured seven special units that included all the members. Aa! was featured, but Tanaka participated with High-King, so Hello! Pro Egg member Saho Akari took her place in the group.