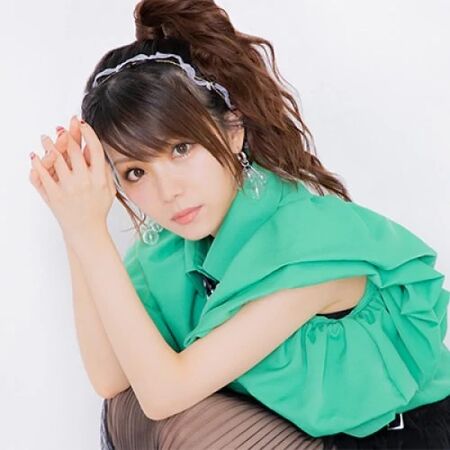 Tanaka Reina (田中れいな) is a Japanese pop singer managed by UP-FRONT CREATE. She was previously part of Hello! Project as a sixth generation member of Morning Musume and was a vocalist for the band LoVendoЯ.

Tanaka Reina was selected from the Morning Musume LOVE Audition 2002 to join Morning Musume as a member of the sixth generation, along with Kamei Eri and Michishige Sayumi. She first appeared on the single "Shabondama" and her first studio album was "Ai no Dai 6 Kan". In 2003, she was the leader of the one-shot Hello! Project unit Aa!, along with Natsuyaki Miyabi and Suzuki Airi.

Tanaka is well-known for being the lead vocalist on her debut single. She sang a solo version of "Memory Seishun no Hikari" on the fanclub special Best Shot Vol.4. Since being the center position for "Ambitious! Yashinteki de Ii Jan", Tanaka has gotten several solo lines in songs, and she gradually worked her way up to being one of the lead vocalists in such songs like "Mikan" and "Resonant Blue". She was also the leader of High-King and a lead vocalist in their single, "C\C (Cinderella\Complex)".

In early 2008, she was announced as the voice actor for Kirara, the main character in Sanrio's Onegai My Melody Kirara☆. In 2011 after fellow member Mitsui Aika was put on rest for an injury, she took over the role of Osamu Tezuka in the 2011 Morning Musume stage play Reborn ~Inochi no Audition~.

Tsunku announced a new audition for young girls to be in a band with Tanaka in June 2012, searching for female vocalists and guitarists. The band members were announced on November 19, 2012 (vocalist Okada Marina and guitarists Uozumi Yuki and Miyazawa Marin), and at the same time, Tanaka's graduation from Hello! Project was announced. She graduated on May 21, 2013 at Nippon Budokan, on the final day of Morning Musume's spring 2013 concert tour.