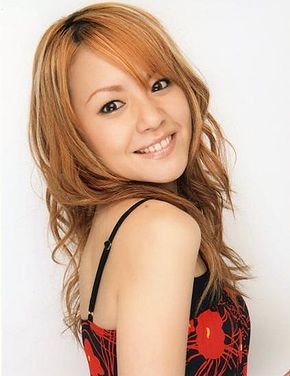 Nakazawa joined Morning Musume in 1997 as a part of the first generation and was Morning Musume's first leader. She graduated in April 2001 and was the first member to start a solo career in addition to being a member of Morning Musume.

She has also acted in doramas such as Beauty 7, Gokusen, and had the title role as the mother of a four year old in Homemaker. After graduating from Morning Musume., she became the host of Hello! Morning, a position she held until Yasuda Kei took over after her own graduation in 2003. Nakazawa frequently appeared as a guest and as a regular on news and skit segments in the show.

In December of 2011 it was announced that she was engaged and to be married in the Spring of 2012. She planned to move to his home in Fukuoka after the marriage, but said she would continue to work. The marriage papers were handed in on April 1st, 2012, while the ceremony was held around the beginning of June in Hawaii. During an event for her 39th birthday on June 19, 2012 Yuko announced that she is five months pregnant.