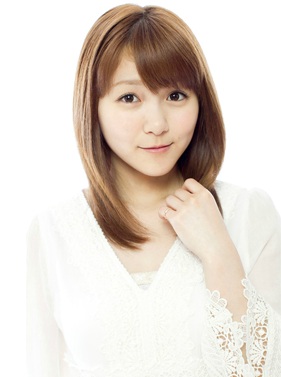 Mitsui Aika (光井愛佳) is a former Japanese pop singer and was an idol produced by Up-Front Agency as part of Hello! Project and an eighth generation member of Morning Musume. She was listed as a soloist after her graduation from Morning Musume, but went on hiatus twice to study English in New Zealand, thus never releasing any music. Mitsui announced her retirement from the entertainment industry in November 2018.

On the afternoon of April 5, 2008 after a concert performance Aika complained about feeling ill, and was taken to the hospital and diagnosed with apendicitis. Following the diagnosis she was absent from seven concerts and was put on rest for two weeks.

The following year on May 5, 2009 she was diagnosed with a detached cartliage in a toe on her left foot, resulting in her absence from a Fan Club event on the 23rd and 24th.

After a concert on May 5, 2011 she felt pain and was sent to the hospital, where it was discovered that she had a stress fracture on her left ankle. She continued to take part in some performances and events by staying seated on stage and not dancing. On July 30, 2011 it was announced that she would take a temporary break from activities in order to concentrate on recovering. Prior to the announcement she had been positioned to play the role of Osamu Tezuka in the 2011 Morning Musume stage play "Reborn~Inochi no Audition~", but due to her injury the part was given to fellow member Tanaka Reina. She was also unable to participate in the majority of the Morning Musume Fall 2011 concert tour, only appearing on stage through use of crutches and a wheelchair to deliver her goodbye message to graduating member Takahashi Ai, and to take part in a few songs.

On the May 4, 2012 Mitsui announced that due to continuing health concerns related to her ankle she would be graduating from Morning Musume alongside Niigaki Risa on the 18th of May, but would continue to be part of Hello! Project. During a Hello! Project New Years event in December 2013 Aika announced that she would take a temporary hiatus from show business to study English abroad, starting sometime in January 2014, but would continue to remain a member of Hello! Project.

Then on November 3, 2018 it was announced that Mitsui was leaving the entertainment industry to pursue cooking out in New Zealand.