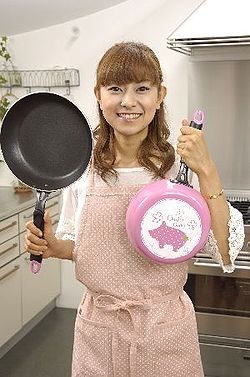 Ishiguro Aya is a former first generation member of Morning Musume, and is currently a celebrity talent. She married Shinya from the rock band LUNA SEA in May 2000 and became a mother for the first time on November 5th, 2000, with a baby girl. She gave birth to a second daughter in 2002, and a son in 2004.

Ishiguro has published a book about her transition from Morning Musume to motherhood in 2003 called "Musume Kara Mama e -Ishiguro Aya no LOVE2 Ko Sodate Revolution". She released a follow-up book in 2004 called "Ko Sodate Project!"

Her first single with Morning Musume was Ai no Tane and her last was Love Machine.