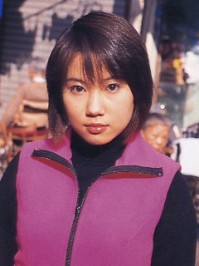 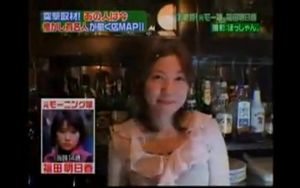 Fukuda Asuka (福田明日香) is a member of the band PEACE$TONE, and a former original member of Morning Musume. Along with Abe Natsumi, she was one of the group's main singers. Her last single with the group was Memory Seishun no Hikari.

Fukuda Asuka was chosen as one of the original five members of Morning Musume. She graduated from the group on April 18, 1999. This makes her the Morning Musume member with the shortest tenure at only two years. She stated the reason she graduated was to focus on her studies, although she dropped out of high school not long after her graduation.

In 2006, she was featured on the television show Kaikan MAP where it was revealed she was working as a vocal couch and a bartender at the night for her mother's bar. She also mention at the time she didn't want to go back to the world of show business.

In 2011 she became part of the band PEACE$TONE and began going by the name "♀asuka". The band's debut album was released November 9, 2011.