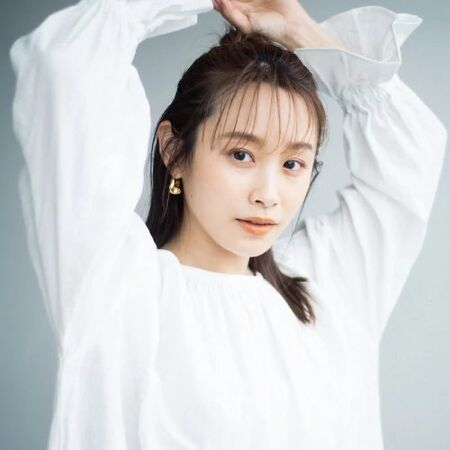 Takahashi Ai (高橋愛) is a Japanese pop singer and actress managed by UP-FRONT CREATE. She was previously a member of Hello! Project as a fifth generation member and leader of Morning Musume.

Takahashi Ai was selected from Love Audition 21 to join Morning Musume as a fifth generation member on August 26, 2001, along with Konno Asami, Ogawa Makoto, and Niigaki Risa. Tsunku credited her exceptional singing ability as one of the reasons for choosing her. She debuted on the single "Mr. Moonlight ~Ai no Big Band~," and she first appeared on the fourth studio album 4th Ikimasshoi!.

Early on, Takahashi's strong Fukui accent frequently drew comments from television interviewers and other Hello! Project members. She has gradually grown out of it since she moved to Tokyo and took up professional voice training, but she still occasionally slips into it when she is nervous or surprised. It was even the subject of her verse in Morning Musume's 23rd single, "Joshi Kashimashi Monogatari".

In September 2002, the fifth generation members were placed into the Morning Musume subgroups, so Takahashi was added to the Minimoni roster, and her addition was somehow explained in the movie, Minimoni ja Movie: Okashi na Daibouken!. Takahashi actually filled the spot left open by the graduation of then-leader Yaguchi Mari, and the second generation Minimoni went on to release seven singles and one album before being put on an indefinite hiatus.

Takahashi was placed in Morning Musume Sakura Gumi in January 2003 and released two singles as a part of the group before it went inactive.

Although Takahashi had received a big push to the center since the release of "Do it! Now", it wasn't until the release of "Roman ~MY DEAR BOY~" that Takahashi began to be prominently featured on songs. She was a co-lead vocal on "THE Manpower!!!" and was the lead vocalist for "Osaka Koi no Uta", and since then, Takahashi has been a lead vocalist on the majority of Morning Musume's most recent singles. She even went on to sing with Tsunku on his solo album, TAKE 1, covering a re-arranged version of his duet with Hamasaki Ayumi, "Love ~since 1999~".

In 2006, she became a member of the kickball team Metro Rabbits H.P. and was named the new team captain. Takahashi played the lead role of Sapphire in Morning Musume's stage musical that year, Ribbon no Kishi: The Musical. Also during the same year, Takahashi released her first solo single "Yume Kara Samete" as an online-only audio purchase.

After the graduation of Yoshizawa Hitomi on May 6, 2007, Fujimoto Miki became Morning Musume's new leader and Takahashi would support her as sub-leader. However on June 1, 2007, UFA made a sudden announcement that Fujimoto Miki had "resigned" from Morning Musume for reasons similiar to Yaguchi Mari's sudden resignation from the group in 2005. Takahashi was named the new leader with Niigaki Risa as her sub-leader.

On the December 20, 2010, it was announced on Niigaki Risa's radio show that Risa's and Ai's shows would finish by the new year. A new radio show will take its place in the new year hosted by Ai and fellow 5th generation member Niigaki Risa.

On January 9, 2011, it was announced at the Hello! Project 2011 WINTER ~Kangei Shinsen Matsuri~ concert tour that Takahashi Ai would be gradating from Morning Musume and Hello! Project at the end of the group's fall tour. Takahashi's engagement and upcoming marriage to comedian Abe Koji was announced on December 21, 2013, with the wedding date set for Valentines Day in February 2014.