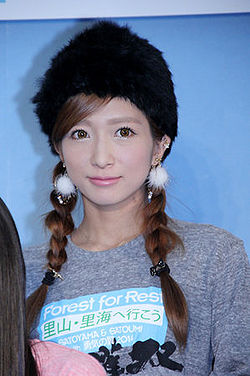 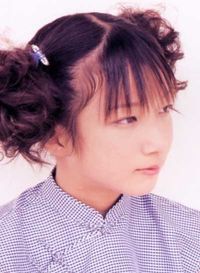 Tsuji Nozomi joined Morning Musume in 2000 as a member of the fourth generation, along with Ishikawa Rika, Yoshizawa Hitomi, and Kago Ai. She and Kago graduated together on 1 August 2004 to form W.

When Kago was suspended in February 2006 for smoking while underage, W was put on indefinite hiatus. In the meantime, Tsuji continued to appear frequently on television as a "talent," and she performed as a soloist in several Hello! Project concert tours. In September 2006 she began hosting her own online-only show, Curious Nono, as part of Hello! Project on FLET'S.

W was officially disbanded in March 2007, after Kago was caught in scandal again and her contract was terminated. As such, Tsuji was finally scheduled to release new singles of her own. The first was a remake of "Koko ni Iruzee!", which was used as the opening for the anime Robby & Kerobby. Next she was placed in the all-new unit Gyaruru, but she was forced to withdraw soon after for personal reasons (see below). She was replaced by Abe Asami. 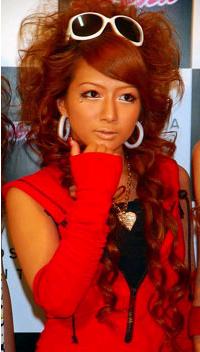 In early May 2007, it was announced that Tsuji had become engaged to actor Sugiura Taiyo and was already two months pregnant with his child. She immediately withdrew from all scheduled work in order to focus on her marriage and pregnancy. [1] There were anonymous reports that the management of Up-Front Agency and other members of Hello! Project reacted negatively to the sudden news, but at the May 10th press conference to formally announce the engagement, the official position was that Tsuji was leaving on good terms and may return to the entertainment industry after she had her baby.

On 21 June 2007, four days after Tsuji's 20th birthday, she and Sugiura filed their marriage registration papers. They held their ceremony some time in July, but it was for family only and there was no reception. [2] She changed her legal name to "Sugiura Nozomi", but she will continue to use "Tsuji Nozomi" as a stage name.

On 19 June 2008, after more than a year of inactivity, Tsuji appeared on "YUKO NAKAZAWA BIRTHDAY LIVE 2008" stage with a cake for Nakazawa Yuko. 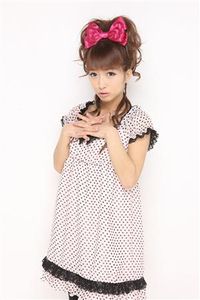 On the 30th January 2009 Nozomi opened up her very own [Blog] on Ameba, This went staright to #1 ranks on the chart and has regulary stayed there only going down a few ranks every now and again, this was the first time since her leaving that any official photo's were seen of her.

After the opening of her blog, Nozomi began activity again by participating in the Graduation concert of the elder club

Since graduating Nozomi is a regular on many differant television programs, where she is usually a main guest. She has currently appeared on programs such as Utaban and been a guest on Arashi's show, and she also has frequently performed with the rest of Morning Musume's older generation

It is yet unknown if she plans to release and more solo music.

On september 14th, 2009 it was announced that Nozomi would be involved in a commercial for - Zesupuri Kiwi , it was later seen that she would sing the theme for the commercial itself, and this ould be released as a digital single.

In May 2010 she announced in her Blog that she was about 7 weeks pregnant with her second child. The baby, a boy (nicknamed "Mameta" by Noa), was born on December 26, 2010. His name was later announced to be Seia (青空: Blue Sky). According to Tsuji, one of the reasons for the name was that the sky was beautiful when the baby was born.

Two years later in September 2012 she announced that she was three months pregnant with her third child, and would give birth the following Spring. The Baby, a boy named Sora, was born on March 21, 2013. In 2018 she announced her fourth pregnancy and on December 8, she gave birth to a boy Named Koa. In 2019, she came back with Ai Kago and performed as W (duo) at the Hello! Project 20th Anniversary!! Hello! Project Hina Fes 2019. A EP was released and she continued performing with Kago in June at the 55th Anniversary TV Tokyo Music Festival. Tsuji started her own Youtube Channel in May, where she posts Videos about Make up, being a mother and more Lifestyle. On her 12 Wedding Anniversary, she uploaded a Dance Video together with her Husband.

Tsuji has twice held the world record for the largest hula hoop spun. She set her first record on 1 January 2003, with a hoop measuring 3.98 m (13.1 ft) in diameter. However, that record was broken in June 2003 by Paul "Dizzy Hips" Blair (USA), [4] so she did not appear in the 2004 edition of the Guinness Book of World Records.

Tsuji — along with Kago Ai in a separate individual attempt — regained the record on 1 January 2004, with a hoop measuring 4.08 m (13.4 ft) in diameter. They set their record during a live New Year's Day television special at Nippon Television Network, Tokyo, Japan. [5] Tsuji and Kago shared the record in the 2005 and 2006 editions of the Guinness Book. Tsuji's name was misspelled in the 2005 edition, but it was subsequently corrected in the 2006 edition.

Tsuji and Kago's record was eventually broken again in September 2005 by Ashrita Furman (USA), [6] [7] although it happened too late in the year to displace them from the 2006 edition of the Guinness Book. They are no longer listed as of the 2007 edition, and it is not known if Tsuji ever intends to make another attempt.