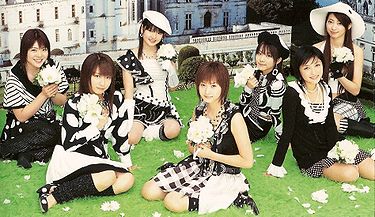 Morning Musume Otomegumi was formed in 2003 with seven members of Morning Musume's line-up of fifteen. The other eight members were Morning Musume Sakuragumi. The reason for the split was so the two groups could perform in smaller tour venues. In addition, both groups released two singles that showed their image. Otomegumi showed the image of youth, where the members sang upbeat and fast-paced songs. Both groups became inactive after 2004.