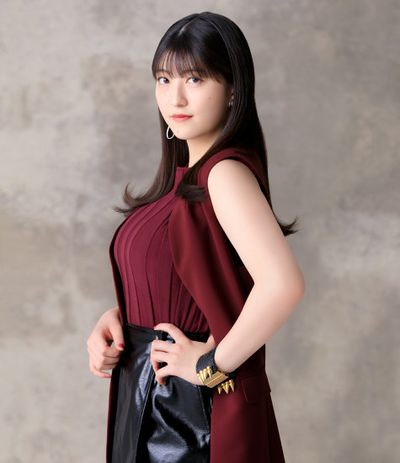 Haga Akane (羽賀朱音) is a Japanese pop singer and idol managed by Up-Front Promotion and part of Hello! Project. She is a twelfth generation member of Morning Musume.

She was chosen from Morning Musume's 12th generation "Golden Audition" to join the group on September 30, 2014, along with Ogata Haruna, Nonaka Miki, and Makino Maria. Haga's image color was officially changed from light orange to orange, the color formerly held by Akane's respected 10th generation senior Kudo Haruka, on June 14, 2019.