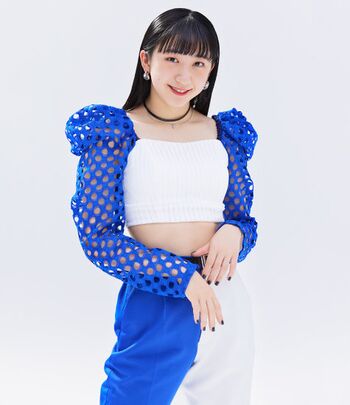 Akiyama Mao (秋山眞緒) is a Japanese pop singer and idol managed by Up-Front Promotion and part of Hello! Project. She is a member of Tsubaki Factory.

Akiyama Mao was first introduced as a member of Hello! Pro Kenshuusei through an announcement on the official Hello! Project website on April 27, 2015. She participated in the Morning Musume 12th Generation Audition the same year, but failed. The next year on August 13, 2016 she was revealed to be one of three new members of Tsubaki Factory through a surprise announcement given at a fan club event for the group.