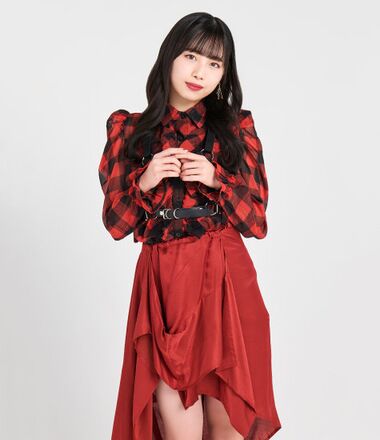 Ise Layla (伊勢鈴蘭; Ise Reira) is a Japanese pop singer and idol managed by Up-Front Promotion and part of Hello! Project. She is a seventh generation member of ANGERME.

Ise Reira participated in the 2018 Hello! Project "ONLY YOU" Audition, after her elder sister submitted her application without her permission. She became a finalist and was selected to join ANGERME.

Reira was officially revealed as a seventh generation member of ANGERME, alongside Hello Pro Kenshuusei Hokkaido member Oota Haruka, on November 23, 2018 during the ANGERME 2018 Aki "Denkousekka" concert finale at Pacifico Yokohama. The seventh generation's activities with the group would begin in January 2019 with the Hello! Project 20th Anniversary!! Hello! Project 2019 WINTER concert tour. In May 2022 she announced through a blog post that her image color would change from light orange to orange.