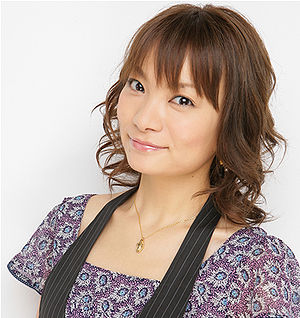 Yasuda Kei was a second generation member of Morning Musume. Born in Chiba, Japan on December 6, 1980, she attended Kimitsu Shogyo High School in Futtsu City, Chiba Prefecture, but dropped out to pursue a career in the entertainment industry. After graduating from the group, Yasuda remained a soloist in Hello! Project until the Elder Club graduation on March 31st 2009. She is now part of Morning Musume OG.

Yasuda Kei, along with Yaguchi Mari and Ichii Sayaka, was part of the second generation of Morning Musume. Morning Musume went on to produce another album and three more singles before Fukuda Asuka decided to graduate and Kei was given almost all of Asuka's lines in future performances of the earlier songs.

Kei and Sayaka sang a particularly catchy duet known as "Otome no Shinrigaku" (Girl's Psychology) in Morning Musume's album Second Morning and Tsunku decided to lump them together with 3rd generation member Goto Maki, creating the Morning Musume subgroup Petitmoni in 1999. After Sayaka graduated from Morning Musume and Petitmoni, Yoshizawa Hitomi was placed into the subgroup and Kei became leader.

Kei graduated in mid-2003, at the same time Morning Musume's 6th generation debuted, forming a brief 16nin lineup right before Kei left. During her graduation concert, Kei sang a new rock version of "Never Forget" and Tsunku presented her with her soloist copy of her last single with Morning Musume, "AS FOR ONE DAY." Yaguchi Mari became Morning Musume's sub-leader after Kei's graduation.

Kei is still in Hello! Project after graduation, collaborating with Nakazawa Yuko and other H!P artists on 2 Folk Songs albums. She has guest starred and emceed in Abe Natsumi's solo concerts, sang backup for Goto Maki's single "Daite Yo! Please Go On," and was host of Morning Musume's weekly TV show "Hello! Morning." Outside of H!P, she has worked in several dramas and musicals.

In late 2004 she returned to join the Hello! Project All Stars shuffle and in 2005 she was placed in the Puripuri Pink shuffle.

Kei is skilled in several musical instruments, including the saxophone and the piano. She has made several appearances on TV and in concert accompanying herself or others. In August 2007, she acted with Kimura Ayaka in the Otona no Mugicha play Chigaimasu Sisters.

In May 2013 Kei's upcoming marriage to Italian cuisine expert and restaurant owner Yoichi Kozaki was announced, first through newspapers and later television reports.