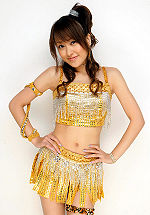 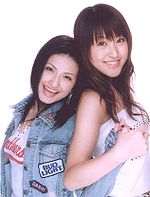 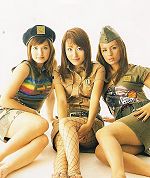 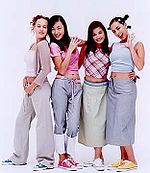 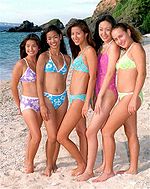 Coconuts Musume (ココナッツ娘。) was a Hello! Project unit made up of members from Hawaii.

Coconuts Musume was formed when former Sharam Q member Makoto chose Ayaka Kimura, Chelsea Ching, April Barbaran, Danielle Delaunay, and Mika Todd as the winners of the Pacific Dream Pop Singer Competition out of 1500 applicants. The group was announced as a Tsunku-produced unit in June 1999 on ASAYAN.

After releasing two singles, Chelsea and April left the group and a new member, Lehua Sandbo, was added in January 2000. After another two singles, Danielle left the group in April 2001 and the remaining trio released what would turn out to be their last single in August 2001.

Auditions for a new member were advertised and due to take place at various locations around Hawaii during January 2002. However these auditions were either canceled or unsuccessful and instead of adding a new member the group became a duo when Lehua left in February 2002.

Coconuts Musume did not release any more singles, but they continued to perform at concerts and hosted their own radio show from 2001 to 2004 called KISS THE COCONUTS!. The group made its final performance in Spring 2004 during Morning Musume Concert Tour 2004 Haru The Best of Japan, when Mika left Japan and the Hello! Project to study in America. With Mika gone, Coconuts Musume was just one member, Ayaka, and she continued to be introduced as "Coconuts Musume Ayaka".