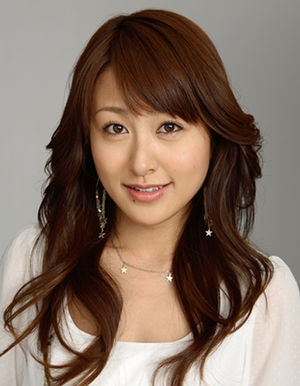 Nagate Ayaka (長手絢香) became part of Hello! Project with the other girls of Coconuts Musume in 1999 and was the group's only member for the four years prior to her retirement from Hello! Project. She has also been a part of many Hello! Project shuffle units.

Ayaka was born in Kobe, Hyougo Prefecture, Japan on October 30, 1981. She attended the Canadian Academy International School, located on Rokko Island in Kobe, and is bilingual in English and Japanese. At age 14, when her parents separated, she moved to Hawaii with her mother. In Hawaii, Ayaka continued her education by entering the Mid-Pacific Institute. After graduation, she attended the University of Hawaii at Manoa (she later studied at Sophia University in the Faculty of Comparative Culture in 2003). She worked part-time as a waitress at a curry house in Ala Moana Shopping Center called "Coco Ichibanya".

In 1998, Ayaka and Mika Todd formed a singing group with three other friends: April Barbaran, Chelsea Ching, and Danielle Delaunay. The group began performing at a small restaurant in Waikiki. While performing there, the group was spotted by ex-Sharan Q drummer Makoto, a former bandmate of ex-vocalist Tsunku, the producer and mastermind behind Hello! Project. Makoto convinced Tsunku to sign them into Hello! Project, and soon (1999), the group headed to Japan and became Coconuts Musume. "Coconuts" refers to the group's origin in Hawaii, and "Musume" refers to its sister relationship with another popular Hello! Project group, Morning Musume.

Ayaka has been made more well-known through her Bishoujo Kyouiku segment Ayaka's Surprise English Lesson (Ayaka no Totsugeki Eikaiwa), in which she surprised random Morning Musume members and forced them to learn English phrases with her.

In late 2004, Ayaka began hosting a morning radio show on MobaHO! called "Hello! Music Resort", which was moved to an evening time slot and retitled Hello! Music Latte on April 1, 2005. Since April 2007, the show has been broadcast on Mondays, instead of daily. She's also the co-host on the Monday edition of "Afternoon Paradise" (with Tokutake Hirofumi). Ayaka hosted COCONUT KISS (in which she brought back her English Lessons) every Wednesday from the 11th January to the 26th July 2006. She hosted another radio show, BLEND KISS, with her best friend Satoda Mai of Country Musume (itself a continuation of KISS THE COCONUTS!, which Ayaka hosted with Mika Todd), but it was cancelled early Summer 2005. In May 2006, Ayaka was the month's guest host of the radio show HelloPro Yanen!. For the last two weeks of the month, Satoda co-hosted with her, after Ayaka told of how they'd become even closer friends than ever before, and promised to bring her in.

In 2006, she acted alongside theater troupe Otona no Mugicha in the play Kotobuki Coffee from the 31st August until the 10th September. In 2007, Ayaka and Yasuda Kei took part in another "otomugi" production, Chigaimasu Sisters, from the 15th to the 19th of August, at the Kinokuniya Hall. Both plays are available on DVD through e-LineUP! (an Up-Front Works online shopping site).

On April 30, 2008, she graduated from Hello! Project and terminated her contract with Up Front Agency. The very next day, she changed her name to Nagate Ayaka and signed a contract with Tristone Entertainment. She would go onto marry professional golfer, Tanihara Hideto on July 8th, 2007. Four years later, she gave birth to a son on August 29, 2011.