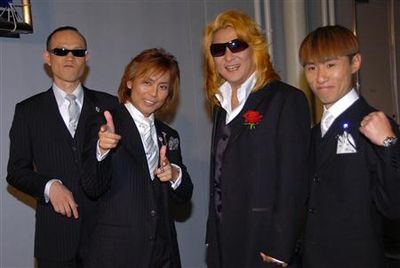 In 1988 members of 3 bands in Osaka came together to form シャ乱Ｑ (Romaji: Sharam Q/Sharan Q). Their debut single was in July 1992. Their music was a combination of rock, pop, with a little funk thrown in. Known as much for their style and clothing as their music, Sharan Q's members often performed in outrageous looking outfits.

Their song "Iiwake" was the theme song for the dorama called Age 35. Later on Sharan Q were featured heavily in the show "Asakusa Bashi Young Yohinten", better known as ASAYAN.

In 1997 they held an audition for a rock vocalist which was won by Heike Michiyo. Tsunku took five of the auditions runners-up and formed Morning Musume. The group split/went on hiatus in 2001. As of 2006 they are back together and released a cover of Morning Musume's single "Aruiteru" on August 29th.