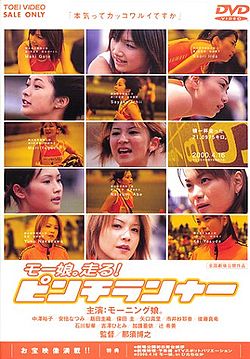 Minugishi Ayumi (Abe) is a student of Asahina High School, and the lone member of its Track and Field club. She seems hard to speak to, and despite being a good, quiet student, not many people care to know much about her. One day, a fire breaks out in the place that houses all the track and field supplies, and Ayumi is unable to get out. An aspiring member of the club, Hasegawa Sanae, cries out for someone to save her, but Ayumi cannot remember the face of whomever it was who took her out of the fire.

The events that follow the fire unknowingly change Ayumi's solitary life, and she will find herself leading Sanae, Michiko, Tomoko, Maho, Reiko and Ikue into a race where the goal is much more than just getting past the line in first place.