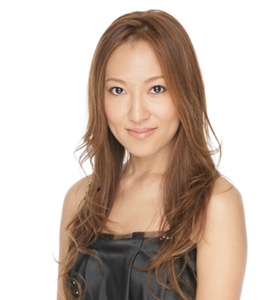 Maeda Yuki (前田有紀) was a Japanese Enka singer signed to Up-Front Agency. Maeda joined Hello! Project in 2000 as a soloist, leaving in 2009 after the mass graduation. After her graduation she continued on as a singer under Up-Front, releasing Korean-themed songs until 2012 when she withdrew from show business due to her pregnancy.

Outside of her solo career, her other presence in Hello! Project was in the shuffle units Akagumi 4 (as replacement for Shinoda Miho), SALT5 and H.P. All Stars. In 2002, she participated on several of the Douyou Pops series releases and in 2006, she appeared as a semi-regular on the Hello! Project show Uta Doki! Pop Classics.

On June 22, 2012 Maeda Yuki announced through her blog that she would be married and was five months pregnant, and that she would retire from her singing career. She gave birth to a healthy baby girl on November 20, 2012.

In 2013, Hello! Project held a concert called Hello! Project Countdown 2013 ~Hello & Good Bye~, Maeda was one of the acts performing on stage along with several other graduated members.

During the show "Idol o Sagase", Iida had said that her dream was to be a manager. For the show she became the manager of Itsuki Hiroshi, and she was able to make it a success. Following this management it was suggested she would be the manager of Maeda Yuki. To make Maeda a TV regular, Iida Kaori made her go on Hello! Morning, and from April 2000, she became a new member of Hello! Project.