LUNA SEA is a popular Japanese rock band under Universal Music Japan. The band was formed in 1989 and consists of RYUICHI on vocals, SUGIZO on lead guitar and violin, INORAN on rhythm guitar, J on bass, and Shinya on drums andpercussion. They were discovered by X JAPAN's guitarist, hide, the band then known as LUNACY were signed to EXTASY RECORDS. Their self-titled album, LUNA SEA, was the first of eight full-length original albums that found LUNA SEA notoriety and stardom.

LUNACY started in 1986 when school friends, J and INORAN, both fans of foreign music, got together and decided to make their own band. During that time, their band activity was to play on local radios. After high school graduation, the rest of the band left J and INORAN to go to college. Through the local band friendship, they met SUGIZO and Shinya, previously guitarist and drummer from the band Pinocchio, the two joined J and INORAN, because, at the time, they preferred taking action for music rather than going to college. To bands combined into one to play more seriously. Not long after that, RYUICHI, who at the time was active in the band SLAUGHTER (using the stage name Rayla), joined the group. This was on May, 1989. That same month, they started playing at PLAY HOUSE, a live house in Tokyo Machida.

On August 1989 they made their first demo tape LUNACY, which consists of three songs, there were 100 sets of it, and it was sold out. On November 1990, the band changed their name into LUNA SEA. They played in and around Tokyo and built up a substantial amount of followers.

They were discovered by hide from X JAPAN when they were playing at Rokumei-kan. It got them signed under EXTASY RECORDS, an indie label owned by X JAPAN's band leader, YOSHIKI, who also produced their first full-length album, on April 1991, self-titled, LUNA SEA. It was the first of eight full-length original albums that found LUNA SEA stardom. They didn't stay very long with EXTASY RECORDS. On March 1992, they had their last indie tour; and on May 21 they released their major debut album, IMAGE.

Since then, LUNA SEA went performing around Japan non-stop, until they took a year long break in 1997 for the members to pursue and concentrate on their solo projects.

The band then returned in 1998 with a double best-of, another side of SINGLES II, and in the summer played outdoor shows. In 1999 the band made their first overseas shows, playing in Taiwan, Hong Kong and Shanghai. On May 1999, marking their ten year anniversary as a band, LUNA SEA released the live album NEVER SOLD OUT. In 2000 one of their songs was placed on the soundtrack of the movie The World is Not Enough. The band also released a new album titled LUNACY. However, on November 8, 2000 they announced their break-up and to mark the end of LUNA SEA, the band released the best of PERIOD ~THE BEST SELECTION~. They finally came to a conclusion with their last concert, THE FINAL ACT, from December 26 to December 27, 2000. It was held in the sold-out Tokyo Dome.

7 years after band disbanded in December 2007 LUNA SEA back for a one concert in Tokyo Dome titled GOD BLESS YOU ~One Night Déjàvu~.

LUNA SEA announced on August 31, 2010 that they would be starting a world tour entitled 20th ANNIVERSARY WORLD TOUR "REBOOT" ~to the New Moon~ began on November 27 in Germany and continued on to the United States, Hong Kong and Taiwan, and was planned to end with two shows back in Japan on the 23 and 24 of December. However, on November 30, it was announced that the band would hold a free concert at the Tokyo Dome on December 25. The concert titled LUNACY Kurofuku Gentei Gig ~the Holy Night~ refers to the band's former name (LUNACY), as well as to three previous Kurofuku Gentei (black clothes limitation) shows held in their indie days, where the audience had to wear black clothing. The concert was performed under their original name LUNACY, and all songs performed were pre-1995. On December 9th, a two-day concert at the World Memorial Hall in Kobe for December 30th and 31st was announced, the later entitled 20th Anniversary World Tour Reboot -The Last Count Down- was the band's first New Year countdown concert.

On October 8th, 2012 LUNA SEA announced their transfer to Universal Music Japan, a label where they belonged since their debut until their disbandment in 2000. They also announced that they are currently working on a new studio album and plan to become active worldwide. The band is scheduled to release a new double A-side single in December. 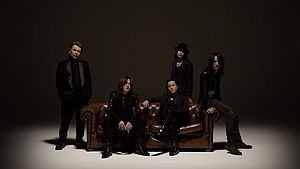 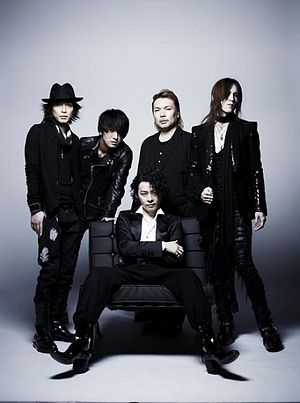