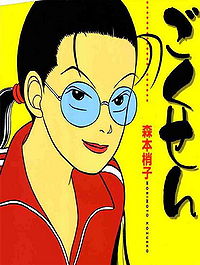 ごくせん (Romaji: Gokusen; English: Gangland Teacher) is a Japanese manga, dorama, and anime featuring Yamaguchi Kumiko, the granddaughter of a yakuza boss, as a teacher of the delinquent filled class 3-D at Shirokin Gakuen, an all boys private high school. Gokusen is often compared to Great Teacher Onizuka.

Gokusen was created by Morimoto Kozueko and is serialized in the female oriented You Comics. 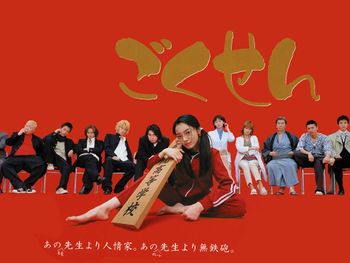 The story of a young, idealistic teacher who enters Shirokin Gakuen with hopes of making a difference in the students' lives. However, Yamaguchi Kumiko is in for a rude awakening when she finds that she will be the homeroom teacher of 3-D, the hardest class to maintain in the school. The students have multi-colored hair, sloppy uniforms, and show absolutely no respect to her. The leader of the class, Sawada Shin is lazy but bright and shows some interest in Yamaguchi when he notices that she is very different from other teachers. The students try to bully her to make her quit, but their attempts don't get them very far.

The second season aired from January 15th to March 19th, 2005. It had an average viewership rating of 28%, the highest among the three seasons. On October 18th a special program aired, showcasing the actor reviewing moments and clips from the series previously unreleased. Its audience rating was of 25.9%.

Half a year has passed and Shirokin Gakuen has closed down. Yamaguchi Kumiko finds herself a teacher of a few young kids who don't really benefit much from her style of teaching. Through some twist of fate, she is offered a job as a teacher in Kurogin Gakuen.

She becomes the teacher of a delinquent 3D class which make her previous students look like angels. In order to protect her job, she must again hide her true identity — the fact that she is the 4th generation of the Oedo Family, a prominent yakuza group. 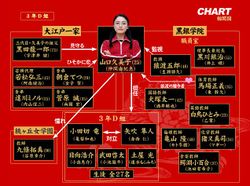 Sawatari Goro now works at Akado High School as a vice principal. Although the head director of the school board speficically orders him to handle the problematic class 3-D, the students are just too much for him. So Sawatari goes far away to a southern island to search for Yankumi, and convince her to work for Akado. Yankumi accepts the offer, only to find that her class (again) is full of punks, where two rival groups of students are always at each other's throats. Will Yankumi's strong belief in students and teaching work this time? 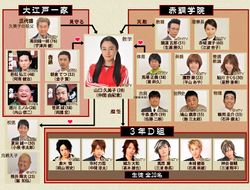 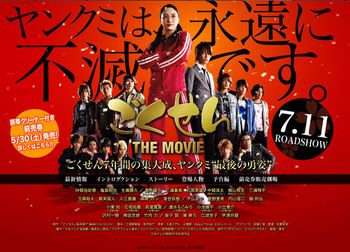 On July 11th, 2009 a movie was released in theaters. It was the seventh movie with most income in 2009 compared to other Japanese films, with an income of 3.48 billion yen.[3]

A passionate teacher, Kumiko Yamaguchi, a.k.a. Yankumi, is now overseeing the new students of Class 3D of Akado High School, who still have not opened up to her and are giving her a hard time.

One day, the students of 3D get harassed by street hoodlums. Then, Reita, a leader figure of 3D, shows up and beats up the hoodlums, yelling “Keep your hands off my friends.” The next day, the guys beat up by Reita come storming into their school. Principal Sawatari berates the students for getting mixed up with a gang, and gives Kumiko an ultimatum: “You’re fired the next time a 3D student gets into trouble.” Then Reita tells Kumiko that he doesn’t want to owe her anything, and he takes off by himself to settle the score with the gang...

Meanwhile, trouble was also brewing for the former 3D student who just graduated. The police are after Ren for being involved in an illegal drug transaction. Upset Kumiko tries to find him with the other former 3D students. However, they later find out from her grandfather, the head of the Oedo Family, the shocking identity of the mastermind pulling the strings of the drug deal Ren is being accused of...[4]

The dorama was released in a compiled box in both DVD and Blu-ray formats. The first season was released on October 5th, 2016.