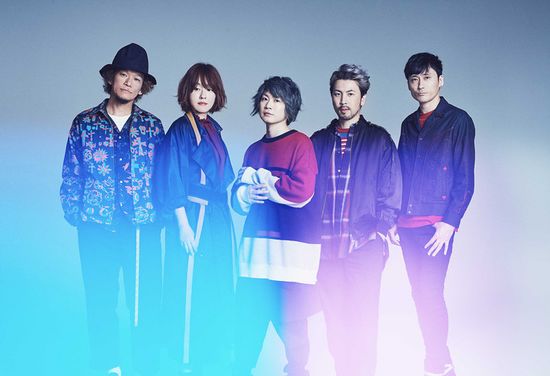 Aqua Timez is a Japanese pop/rock band formed in 2003 and debuted in 2005 under Epic Records Japan, a sublabel of Sony Music Entertainment. Vocalist Futoshi, bassist OKP-STAR, drummer TASSHI, keyboardist mayuko and guitarist Daisuke make the line-up of Tokyo-based band. Their final live before their dissolution will be held on November 18, 2018.

Members (At the time of disbandment) 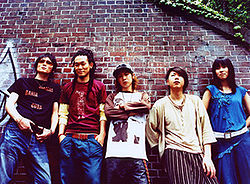 In 2000 Futoshi and OKP-STAR meet through a member recruitment for Futoshi's band. Later in 2001 the band was disbanded but both started their musical activities together. In 2003 Daisuke, mayuko and Abiko joined the band and they formed AQUA TIMES (Aqua Timusu). On 2003 and 2004 they won the Shinseido audition "CHANCE!". Later on 2004 they produced their first album and single, Kanashimi no Hate ni Tomoru Hikari and Itsumo Issho but did not sell many copies. The next year a mistake was made while reading the band's name (Aqua Timuzu) changing it to the actual name, Aqua Timez.

On August, 24th 2005, they released their mini-album Sora Ippai ni Kanaderu Inori under MEGAFORCE CORPORATION label and despite being under an indies label they reach the #1 on the Oricon charts and remained in the top ten for half a year. The song "Toushintai no Love Song", which Futoshi wrote for his girlfriend as a birthday present, was played multiple times a day on the radio after its release and is one of their most successful songs to date. 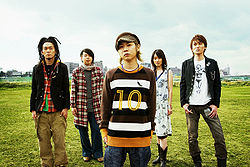 In 2006 they sign with Epic Records Japan, a sublabel of Sony Music Entertainment, and they released the mini-album Nanairo no Rakugaki. Before the album was released the drumer Abiko left the band. The new drummer, TASSHI, joined at the time of the release of their second single, Sen no Yoru wo Koete. This last single was chosen to be the theme song to Bleach: Memories of Nobody, the movie version of the anime and manga series BLEACH. It entered the Oricon singles chart at number 5 and went on to sell over 100,000 copies. To close the year, Aqua Timez released their first major album,Kaze wo Atsumete and peaked position of 3rd on the Oricon charts.

Having already provided music for the animated movie "Bleach: Memories of Nobody" in 2006, the year 2007 saw the band once again contributing to the BLEACH soundtrack with their ALONES single being used as one of the openings for the animated series. They also released their fifth single and second full-length album before the end of that year. 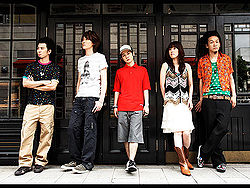 On May 9th, 2007, Aqua Timez releases their third single, Shiori, and was used in commercials for a brand of soft drink known as "Mitsuya Cider" and was number 5 on the Oricon charts. Having already provided music for the animated movie Bleach: Memories of Nobody in 2006, the year 2007 saw the band once again contributing to the BLEACH soundtrack with their ALONES single being used as one of the openings for the animated series. They also released their fifth single, Chiisa na Tenohira, and second full-length album, Dareka no Chijou E, before the end of that year.

In 2008, Aqua Timez has another big tie-in, this time for the famous dorama series Gokusen 3, being Niji the chosen theme song. Their next single, Natsu no Kakera, was used as Shochiku's film "Fure Fure Shoujo" theme song, starring Aragaki Yui.

As 2009 began, the band released another single on January 14th, Velonica, another contribution for BLEACH, and was used as the 9th opening. STAY GOLD, a limited single, was out on March 4th and was used as "Yoyogi Seminar" CM song. Just one week later, their third album, Utai Sarishi Hana, was released reaching the #4 position. On July 29th, Aqua Timez has their second collaboration with Gokusen, this time for the movie version with Plumeria ~Hana Uta~. 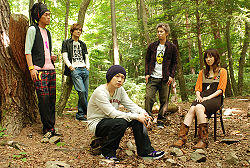 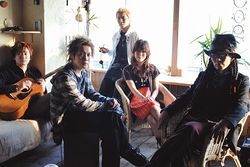 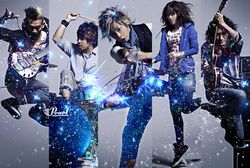 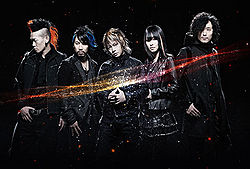 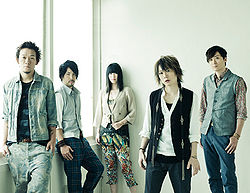 Aqua Timez promoting because you are you (2012) 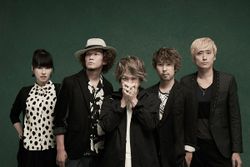