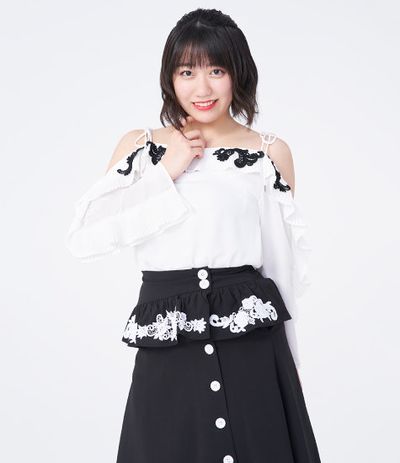 Wada Sakurako (和田桜子) is a former Japanese pop singer and idol managed by Up-Front Promotion and part of Hello! Project. She was a member of the girl group Kobushi Factory. Upon the group's disbandment, she retired from the entertainment industry.

Wada Sakurako participated in the 2012 "Morning Musume 11th Generation ~Suppin Utahime~" audition, but failed to pass. She later made her first appearance as a member of Hello! Pro Kenshuusei on December 9, 2012 at the "Hello Pro Kenshuusei Happyoukai 2012 ~12gatsu no Nama Tamago Show!~" concert.

The disbandment of Kobushi Factory and Wada Sakurako's graduation from Hello! Project and retirement from the entertainment industry were suddenly announced on January 8, 2020 through the official website. The announcement stated that leader Hirose had been in talks about her graduation since early 2019, and after lengthy discussions with the rest of the members they together came to the conclusion of disbanding as everyone decided to follow their own chosen path. The final single was to be released on March 4th, with the final live show taking place on March 30th at Tokyo Dome City Hall.

In her statement Wada explained that Kobushi Factory is important to her and she would not continue without those five members together. Having come this far, she will instead retire from the entertainment industry with no regrets and would like to experience society in a different way.