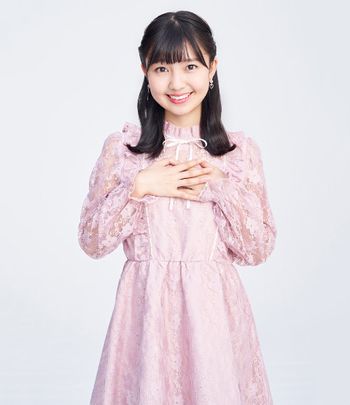 Shimakura Rika (島倉りか) is a Japanese pop singer and idol managed by Up-Front Promotion and part of Hello! Project. She is a member of CHICA#TETSU and the collective group BEYOOOOONDS.

Shimakura Rika became a finalist in the "Morning Musume '16 Shinseiki Audition", but failed to pass. It was later announced through an official website update on March 6, 2017 that Shimakura had joined Hello Pro Kenshuusei, alongside Hibi Marina, Eguchi Saya, Doi Rena, Okamura Minami, Matsunaga Riai, Yamada Ichigo, and Nakayama Natsume. She made her first live appearance and was formally introduced at the ""Hello Pro Kenshuusei Happyoukai 2017 3gatsu ~Marching!~" event on March 11, 2017.

Shimakura was awarded Best Performance with 324 audience votes on May 6, 2018 at the "Hello! Project Kenshuusei Happyoukai 2018 ~Haru no Koukai Jitsuryoku Shindan Test~" event, for her performance of "Fiesta! Fiesta!" by Juice=Juice. On June 9, 2018 during the "Hello! Project Kenshuusei Happyoukai 2018 6gatsu ~Niji~" event in Tokyo, it was announced that Shimakura would join the upcoming group featuring previously announced leader Ichioka Reina, along with Nishida Shiori and Eguchi Saya. The group would be unveiled at a later date in 2018.