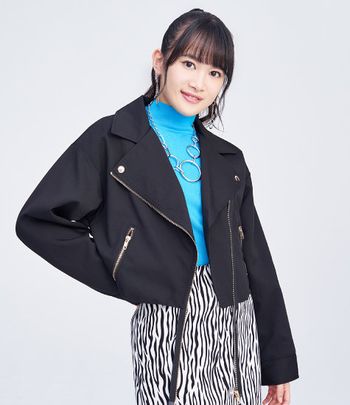 Satoyoshi Utano (里吉うたの) is a Japanese pop singer and idol managed by Up-Front Promotion and part of Hello! Project. She is a member of the collective group BEYOOOOONDS.

Satoyoshi Utano was revealed as one of three winners of the 2018 Hello! Project "ONLY YOU" Audtion, alongside Hirai Miyo and Kobayashi Honoka, on December 3, 2018 during the "BEYOOOOONDS Ouen Kikaku FC Event 2018 ~Fuyu no Jin ZIN~" at Yamano Hall. The three of them would become members of the collective group BEYOOOOONDS alongside members of units CHICA#TETSU and Ame no Mori Kawa Umi.