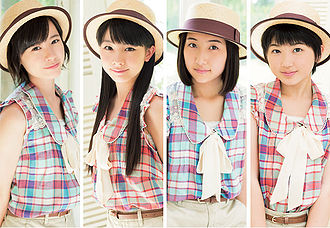 Harvest was formed in October 2012 when it was announced that they would release a song on a single with fellow Hello! Project group Peaberry. They were formed alongside the group GREEN FIELDS to be part of the Hello! Project SATOYAMA Movement, a movement that aims to remind Japan of their beautiful countrysides (Satoyama) and the need to conserve them.