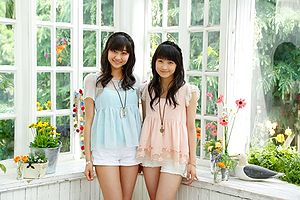 Peaberry was formed in July 2012 when it was announced that they would perform the original song "Cabbage Hakusho" (キャベツ白書) at the 2012 Hello! Project Summer concerts. They were formed alongside the group DIY♡ to be part of the Hello! Project SATOYAMA Movement, a movement that aims to remind Japan of their beautiful countrysides (Satoyama) and the need to conserve them. The group was named after a type of bean found in the coffee plant.