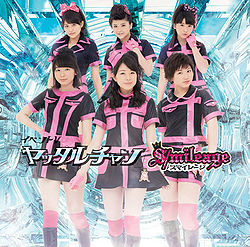 "Yattaruchan" is a song recorded by S/mileage. It appears on the single "Atarashii Watashi ni Nare! / Yattaruchan" as track #2. The Event V was sold only during launch events and therefore did not chart on the Oricon charts.

There are currently two versions of "Yattaruchan" to be found in S/mileage and Hello! Project's discography. These versions are: