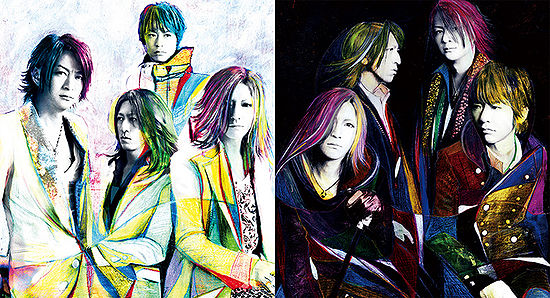 GLAY is one of Japan's most popular rock bands. GLAY's name originated from a deliberate misspelling of "gray" representing the wide range of genres the band can fit into without being classified as "black" or "white". GLAY has not been afraid to experiment with different styles of music, and with songs ranging from gospel to pure rock.

Since their debut single, "RAIN" (produced by X Japan's YOSHIKI), they have produced over 10 albums and 40 singles. With record numbers of audiences attending their concerts and releases reaching #1 spot on charts, GLAY continues to have an impact on the Japanese music scene. In 2010, the band established its own record label loversoul music & associates.

The band was formed in 1988 by TAKURO and TERU. HISASHI joined shortly after, when his band ARI broke up. The band became popular in their hometown, playing in small places and in school festivals. In 1990, when the members gratuated from highschool, they headed down to Tokyo to try and push their career even further. However, things were dificult in Tokyo. The band performed for very small audiences, sometimes for only one person. The members had to work very hard in different jobs to be able to keep themselves and the band. It was not until JIRO joined the band, in 1992, that things started to change. JIRO came with new ideas that opened the doors for them and helped them to get more success in the indies circuit.

In 1993, YOSHIKI watched one of their performances and signed them under his label, EXTASY RECORDS. In 1994, their debut single RAIN was produced and their first album Hai to Diamond, released. After that, the band became increasingly popular. In 1996, they first reached #1 on thecharts with their 3rd album BEAT out!, and, in the same year, their forth album BELOVED was their first to sell over 1 million copies. In September 1996, GLAY played the final concert of the "BEATout! Reprise Tour at Budokan", their first concert at the venue, which is estated by them to have been their biggest dream coming true.

In August 1997, their 12th single HOWEVER remained at the top of the charts for two weeks in a roll and, after it was displaced by ZARD's single "Eien" for one week, it re-appeared at the top position for other three weeks, while the album REVIEW - BEST OF GLAY stayed for five weeks in a roll at the top position of the Oricon charts and became the all-time best-selling album in Japan at the time, with almost 5 million copies sold. (at present, it is ranked at #3 spot, according to Oricon).

In the period between 1997 and 2000, Glay produced six million-selling singles, being the third artist with most million-selling singles of all time. Their 13th single Yuuwaku topped Oricon yearly single ranking in 1998. Their albums were also massively successful; both pure soul (1998) and HEAVY GAUGE (1999), along with the compilation album DRIVE - GLAY complete BEST(2000), sold more than two million copies each.

1999 was the year GLAY played their first dome tour, "GLAY DOME TOUR "pure soul" 1999", which made the band the first to hold a consecutive 5 day "dome" concert. This tour had a total of 15 performances in four venues and attracted a total audience of 750,000 people. Their 16th single Winter, Again was number two of the year and won the 41st Japan Record Awards "Grand Prix" award. GLAY got two records in 1999: their video-single "Survival" sold approximately 900 thousand copies, and is the all-time best-selling video/DVD, while the "GLAY EXPO'99 ~ SURVIVAL" concert gathered an audience of 200,000 people, a record for a concert played by a single act in Japan. At the end of the year, GLAY played the concert The Millennium Eve - A Christmas Present for the people who love live a lot, a joint concert with Luna Sea, on December 23, and the "GLAY Countdown Live in Messe "Come Together"", on December 31.

In 2004 GLAY celebrated their 10th year as a major band with the EXPO 2004, which was attended by 100,000 people. It was one of the busiest years in the band's career, with the release of the album THE FRUSTRATED and four singles, along with other products, and appearances in a number of TV shows. The celebration was finished only in 2005, with the GLAY DOME TOUR 2005 "WHITE ROAD" in TOKYO DOME and the release of the compilation -Ballad Best Singles- WHITE ROAD.

Although GLAY had just celebrated a decade of success, the band faced serious problems with its record label in 2005. They did not give details of it, but, reportedly, the record company stopped providing royalties for their songs, leading the band to terminate their contract with Unlimited Records. They did not release any material that year, besides the best album and the DVD of the 2005 Dome Tour. Their only new work was the single SCREAM, in collaboration with group EXILE, which was released under EXILE's record label. The band sued the company in 2007 and, on October 22, 2009, a Tokyo court has ruled in favor of Glay over the ownership of 147 songs and ordered Unlimited Records to pay them 670 million yen for back royalties and unpaid contract fees.

In early 2006, still without a record label, they produced the tour "ROCK'N'ROLL SWINDLE 2006". Later, they signed up with Capitol Records and released three singles, G4, Natsuoto / Hen na Yume ~THOUSAND DREAMS~ and ANSWER, the latter, with their idol, Himuro Kyosuke. They also performed the concert "KYOSUKE HIMURO + GLAY SWING ADDICTION 2006" and the tour "GLAY TOUR 2006 ROCK'N'ROLL SWINDLE~Re-birth~", at the end of the year.

In January, 2007 the band released the single 100 Man Kai no KISS and, a week later, their ninth original album LOVE IS BEAUTIFUL which managed to reach #1 on the charts in spite of the low sales compared to previous releases. In April 4th they released the single Kodou, wich is the theme song for the movie Taitei no Ken.

In 2009, Glay celebrates 15 years since the release of their debut single "RAIN". The first commemorative release was the 6 track single SAY YOUR DREAM on March 4, 2009. The title song is 13 minutes long. Takuro reported that he approached this song as the message he would like to leave if he were to die, and that it took seven year to be completed. The promotional video was divided into two parts, the first of them started broadcasting on TV channels five days before the release of the single. The second part remained accessible on internet only through a pass code obtained with the limited edition of the single. On the same premium site, there was a PV of the coupling song Haru made wa.

On June 10, 2009, Glay released the first part of theri greatest hits collection: THE GREAT VACATION VOL. 1 - SUPER BEST OF GLAY, a triple CD containing most of their singles released after 2000, and a re-recorded version of 1998's "Yuuwaku" in the 2 first CD's, while the third CD is mostly composed of unreleased songs.

In September, Glay returned to the U.S. and held "The Great Vacation U.S. Tour" in California. The band played at The Fillmore, in San Francisco, on September 9 and at the House of Blues on September 11 and 12.

On October 21, 2009, Glay released the second part of their greatest hits collection THE GREAT VACATION Vol. 2 - SUPER BEST OF GLAY a copilation of hit singles from 1994 to 2000 and re-recorded versions of "Acid Head", "Shutter Speeds no TEEMA" and "BURST", as well as a remastering of the older tracks. The third disc is another collection of unreleased songs.

From April 1st, 2010 through April 20, the band relesead the song "Apologize" for free downloading through Chaku Uta. The band said it was a way of saying "thank you" to the fans.

On June 9, 2010 the band announced the stablishment of their own label, "loversoul music & associates", under the company "For Life Music Entertainment". 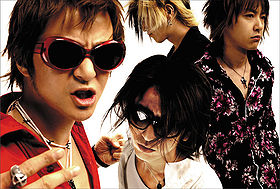 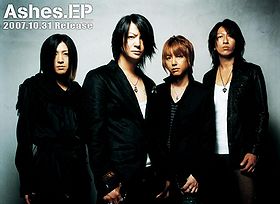 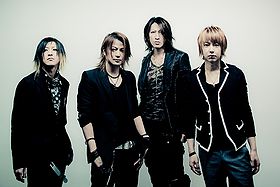 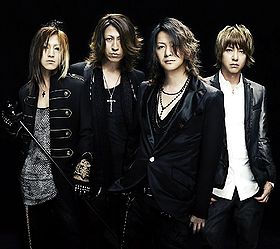 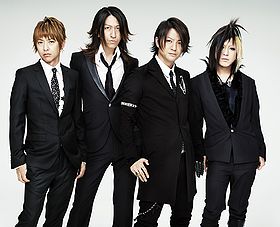