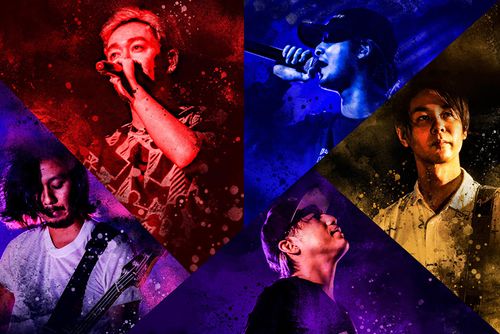 ORANGE RANGE (オレンジレンジ) is a popular Japanese band. The band releases music which is a fusion of several genres (rock, hip-hop, R&B) and has three vocalists. They formed in 2001 in Okinawa, and after a brief indies period debuted under the major label Sony Music Japan in 2003 with the single "Kirikirimai". They soon shot to fame, with their debut album 1st Contact which became the #15 album of the year. They are most widely known for their song "Hana" which has sold over 1,000,000 copies, and for their second album musiQ which was the #1 album of 2005. The group left gr8! records in 2010 to start their own label, SUPER ECHO LABEL. In 2012, their independent label will work with Victor Entertainment's sub-label SPEEDSTAR RECORDS on new releases.

ORANGE RANGE was originally formed in Okinawa in March 2001 by NAOTO and KATCHAN at their middle school graduation. YOH joined the band next, who would soon after be followed by HIROKI. After the band started to practice after school, YOH invited his little brother RYO to join the band. The last member to enter the band was YAMATO, who was scouted for. He paid an entrance fee of 200 yen to enter the band. NAOTO became the band's official leader after loosing at a game of paper-scissors-rock. The band's name was coined by NAOTO's mother, who thought they should be named after a colour (such as the famous Japanese rock band GLAY). Originally they performed at live houses across Okinawa. In their performances they covered songs by artists such as GLAY, Mr.Children and LUNA SEA.

The one who gave the name ORANGE RANGE for the band was NAOTO's mother whom was a shodo teacher.

In 2002 they started to release music under the Spice Music indies label. Their first release was the mini-album Orange Ball, which got to #258 on Oricon charts (implying about 500 copies were sold). After extensively touring, they had one more indies release with the single "Michishirube / Midnight Gauge" in August. After releasing this single, the band left Okinawa and toured mainland Japan. During the band's various live performances, they played along such bands as LOVE PSYCHEDELICO, Do As Infinity and MONGOL800.

In June 2003, the band debuted under Sony Music Entertainment music as a major label artist with the single "Kirikirimai". Though this single only reached #50 no Oricon charts, their follow-up single a month later "Shanghai Honey" amazingly reached to #5 on the charts despite having no tie-up. Their further singles "Viva★Rock" (used as the anime NARUTO's ending theme song) and "Rakuyou" (used as the Daiichi Kosho Mero Dam CM) reached similar success, which all lead up to the release of the band's first full album, aptly titled 1st Contact.

First contact, though not reaching #1 on Oricon charts due to the release of Hamasaki Ayumi's Memorial dddress, debuted at #2 with 150,000 units sold. The album quickly slipped down to less than 1/3rd of the sales in it's second week, but remained in the lower positions on the charts for months; finally totaling at 590,000 and becoming the #15 album of 2004.

After the release of their debut album, the band decided to remake their song "Michishirube", which was then in turn used as the popular drama Fire Boys ~Megumi no Daigo~'s theme song. The single became the band's first #1 single. Since this time, all of the band's singles have reached to a position of #1. Two more singles followed (the controversial "Locolotion" and the bass-driven "Chest") before the band released their most famous single, "Hana" (used as the theme song to the movie Ima, Ai ni Yukimasu as well as the cellphone company au's commercials). This single would be so popular as to sell over 1,000,000 copies.

Orange Range's following album, musiQ, proved to be an extremely huge hit, becoming the #1 album of the year and selling over 2,6 million copies. Ironically, the album did not reach #1 in it's first week as that position went to KinKi Kids. However, in it's second week it reached the #1 position.

Due to their rising popularity, they even built an official fanclub called the RANGE AID. Like any other artists' official fanclub; joining RA will give you special privilege. Such as issue for new singles, new pictures, singles and PVs sneak a peek, etc. You have to live in Japan in order to be a RANGE AID member.

Orange Range would once again return in 2005, with their second extreme smash hit single "* ~Asterisk~", which was a song that the band had performed since their indies days. The single was used as the theme song of the anime BLEACH, and manage to be the #4 single of the year. The band similarly released singles as with their previous two albums, until just prior to the release of their 13th single "Kizuna". The band's drummer and co-founding member, KATCHAN, announced he was leaving the band due to creative differences. The single was released with a session drummer. As of mid 2006, spot in the band is yet to have been filled.

Orange Range have once again become active in 2006. The band have recently released a single "Champione", which is about to be followed up with another titled "UN ROCK STAR". During this time, the band will embark on an amazing three and 1/2 month tour, with 46 venues on the tour schedule.

Orange Range has been accused of plagarising several artists, most notably seen in "Locolotion"; which was based around Carole King's hit single The Loco-Motion. While Carole was not originally credited as being the writer of the music to "Locolotion", her name was later added in when the song was released on their album musiQ. In fact, the guitarist NAOTO commented in an article with Bounce that the band started with covers of songs, and would alter the melodies of songs and release them themselves. 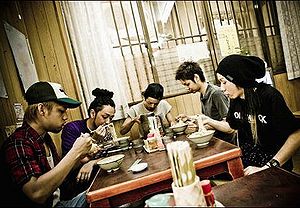 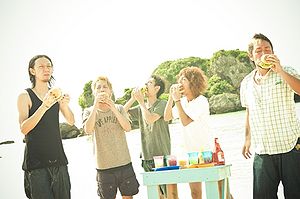 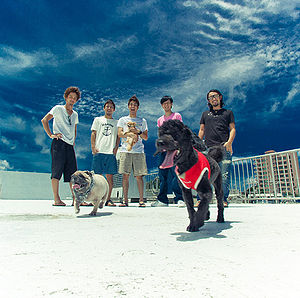 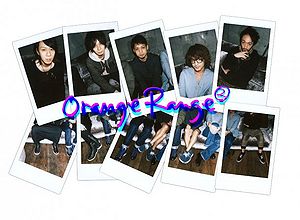 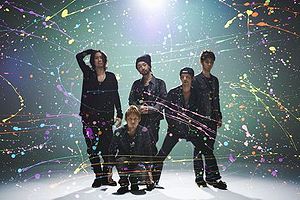 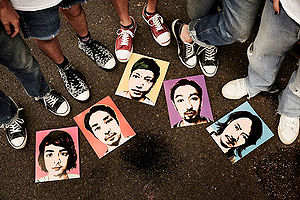 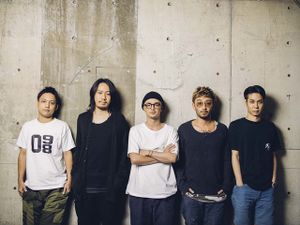 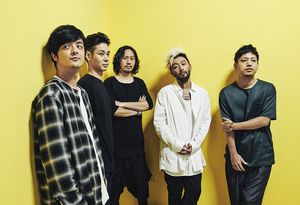