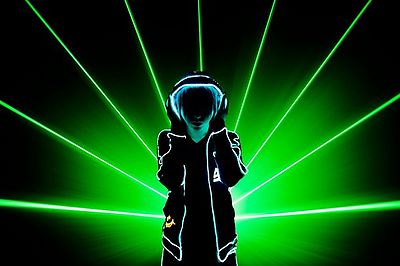 RAM RIDER is a Japanese electronic singer and producer under Nippon Crown. He started his solo work under the rhythm zone sub-label of avex trax. RAM RIDER is the leader of RAM RIDER CREW, a band mainly consisting of a guitarist, bassist, DJ, and VJ. He takes charge of the music, lyrics and vocals. He is produced by ASOBISYSTEM, a company famous in producing Kyarypamyupamyu and Yun*chi. 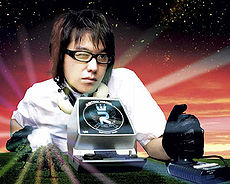 Influenced by various artists, such as YMO, EW&F and TM NETWORK, he created his own label, beginning his life as a DJ.

In 1999, he participated as a mixer for many artists including Hamasaki Ayumi and Suzuki Ami. By 2003, he chose to become a vocalist, and he began the RAM RIDER project. Though he finds himself giving music to artists such as Katase Nana and V6, he also finds time to hold concerts for himself. 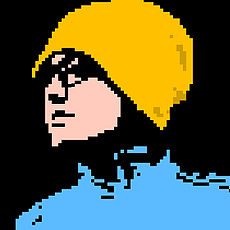 In June 2005, he made his major debut, under rhythm zone, with the single "Yume de Aeru yo" which was the opening theme to the TV program CDTV. By August 2005, he participated as a DJ at 2 big open air live shows "ROCK IN JAPAN FES 2005" and "SUMMER SONIC 2005". On November 30, he released his very debut album PORTABLE DISCO, which reached #52 on the Oricon charts.

In 2009, he released Future Memories under his project PRIVATE PLANET which featured a different guest vocalist for each track.