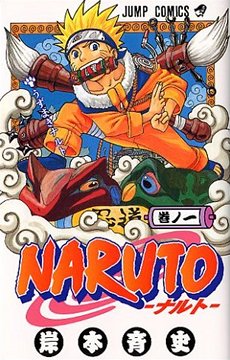 NARUTO (ナルト) is an action comedy shonen manga series that is written and illustrated by Kishimoto Masashi. Since its start in 1999 (although it originally appeared as a one-shot comic in 1997), the manga has become one of the most popular and well known in Japan as well as worldwide despite mixed reviews from critics. Due to the popularity of the manga, an anime series produced by Studio Pierrot and Aniplex was adapted, with the first episode airing in October 3, 2002. The first series lasted until February 8, 2007 and included 220 episodes. However, the manga series is still currently running in Shueisha's Weekly Shonen Jump in Japan, and is also running in Viz Media's monthly Shonen Jump magazine in North American.

A sequel to the first anime series, NARUTO: Shippuuden, began airing only a week after the end of the first and forwarded the plot two years into the future. The manga series has also been adapted into five OVAs, several light novels, videos games and trading cards.

As the carrier of the Nine-tailed Demon Fox; a monster that destroyed villages and killed numerous people, Naruto has always been mistreated by the people in the village of Konoha. Not knowing why people treated him the way they did, he used pranks or stirred up trouble to gain attention. One such troublesome event included the stealing of a forbidden scroll, which ultimately led him to discover the beast within. This incident helps jump start the beginning of Naruto's growth and development along with his friends Sasuke and Sakura as they take on life and the evils that lie outside of their peaceful hometown.

The opening and ending themes of NARUTO have featured various Sony Music Entertainment artists. Many of them were relatively new artists at the time and have been able to use their participation in the popular anime as a stepping stone for further success.

Naruto has been adapted into several different forms ranging from anime series to OVAs to movies.