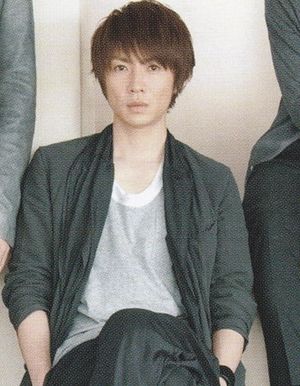 Aiba Masaki is a member of the Johnny's Entertainment group ARASHI. 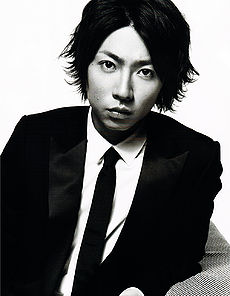 Aiba joined Johnny's Jimusho in August of 1996 for the sole reason of wanting to play basketball with SMAP. It is a good example of the type of person he is-- whimsical and never thinking ahead. His cheerful and easygoing personality distinguished him from the rest of the Jrs. and he soon became one of the popular members within the group, going so far as to acquire the nickname "Super Idol Aiba-chan" somewhere along the way. He was the last to know about his part in the formation of Arashi, learning of the fact only three days before their official debut in Hawaii in September of 1999.

As the childish if not somewhat ditzy member of the group, Aiba is often the first to suggest crazy, off-the-wall ideas; even if not, he would definitely be one of the first to throw his support behind the others. As a result, Aiba had his own segment on their regular variety show ("G no Arashi") called "A no Arashi", in which he carried out many bizarre but fun experiments with the assistance of the other members. "A no Arashi" ballooned into the popular "Odoroki no Arashi", 1 hour specials filled with Aiba's signature experiments, which has aired 5 times during prime time. Outside of group activities, Aiba is also one of the regulars on a children's show called "Tensai! Shimura Dobutsuen", where he interacts with a wide variety of animals.

Aiba was cast in his first lead drama in 2009, "My Girl". He plays a young man who discovers that his deceased ex-girlfriend had borne his daughter, and decides to raise her.