Power of the Paradise

From generasia
(Redirected from Power of The Paradise)
Jump to: navigation, search 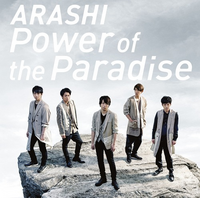 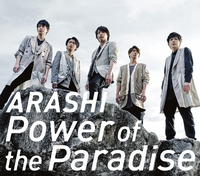 "Power of the Paradise" is the 50th single released by ARASHI. The single was released in two different versions: a limited CD+DVD edition and a regular CD-Only edition. The Limited Editions come with 20-page photo booklet and a bonus DVD containing the title song's video clip as well as the making of. The title track is used as NTV Rio de Janeiro 2016 title song.

The single was certified Double Platinum for shipment of 500,000 copies.